You may not know David Rodriguez, but he is driven to create a culture of communications between his team and his customers and partners. That's why he uses a CRM to facilitate the communication and keep them all on- track.

Knowing that his customers are the fuel keeping his Colorado Springs business running at full speed, he has embraced Whiteboard CRM's Playbook and is excited about the decisions he's made during the last few months.

Keep reading and get to know David better and you'll find out more about the business decisions he's made that has lead to his current success.

David Rodriguez hasn't always pursued a career in the mortgage industry. He built boats for about 15 years, then worked as an importer for fine wines. In 2004, his life changed and he took the opportunity to start working with mortgages.

Throughout the his time in the industry, David has worked to help people all across the country, but now he focuses his time in Colorado and Florida.

Now, more than 15 years after he first started, David is living and working in Colorado Springs. Since January, David's been working long days, but he says he is happy to stay busy, because his customers are the reason he continues to do what he does.

Currently, David spends about 60 percent of his time on "new purchase" business, but the “icing on the cake” (as he puts it) is how he spends the other 40 percent of time. He loves being able to do refinancing for his past clients and help others get new and better rates on their dream homes.

Getting personal goes a long way

David and his team believe it is most important to focus on the people they works with and not just the numbers they can represent.

"For us – what’s next is just building a team and helping our customers," David said.

Each and every day, David and his team work to surpass people’s expectations – from the customers to his partners – they go way beyond what any of them could possibly imagine.

At the beginning of 2020, David made two decisions which have impacted his success so far. The first was getting a business coach.  The second was finding the right mortgage-specific CRM for his team.

David found Southwestern Consulting and chose them as his coach. Immediately they began to help him learn to create  a solid focus and targeting. With that drive he began to deepen the relationships his team held with all of their important stakeholders.

"My coaching has helped me focus on my customers and their needs. That also allows me to be more specific about the people I want to work with – whether you’re talking about the realtors, the builders, or the financial advisors.

David loves that he and his team are able to build deeper relationships and he feels like the changes make the job more fun.

Utilizing Whiteboard as his CRM

It took David about two years to choose the right CRM for his business. He knew he wanted it to be simple to use, but powerful. Once he found Whiteboard, he got right to work.

According to David, using Whiteboard has been great for helping deepen his relationships with his customers by helping him to stay in contact.

"I get them pre-approved ahead of time – truly – income assets everything, up front and ready to go," David said. "So, when they do find a property and I am able to submit a contract and jump on it right away."

David said he knows using his CRM has helped him communicate throughout the process better, allowing him to be a better guide through the whole home-buying process. For instance, when a customer's paperwork finishes the initial underwriting stage, his CRM campaigns sends an automatic series of messages that go out through both text and email to let customers know they are conditionally approved.

David's team – an assistant and a processor –  work to pull together all the details they need for final approval, and they are able to move quickly with the help of Whiteboard's lists and messaging.

David's team is in a situation where they don’t work with purchased leads, all of their growth comes from word-of-mouth and recommendations from their past customers.

"We have a whole family of educators I’ve done loans for," David said. “From mom and dad, grandparents, then both the kids when they went off to college we helped get condos for them and then they refinanced so they could pass properties on to the next generation. It's great when you’re able to add value that way."

Once David and his team moved their data into Whiteboard, they were able to automate campaigns to reach out to past clients. Some of the responses have helped their team get into contact with customers they haven't done business with in 10 years.

David sees personal contact being the most important aspect of his business in the upcoming months. While he loves the ways automation is able to assist him in getting in contact with potential leads and former customers, he knows it’s the personal touch that keeps people working with him and his team.

He also believes that even farther into the future, technology won’t remove the need for the personal interaction. He believes that it is his job to be a guide for people through the process of getting their mortgage.

"I’m reaching out to the listing agent directly and showcasing the strength of my customer to help them get that deal," David says.

He believes that’s what he – as a seasoned veteran of the industry – is able to provide for his customers that other folks can’t. He’s not only their loan originator, but their advocate, and he’s more capable to help them make their dreams come true.

Do you need a CRM?

While Whiteboard may not be the right CRM for everyone, it was the right fit for David and his team. Watch a quick seven minute video to learn more about what Whiteboard has to offer and find out if we're the CRM solution for which you're looking. 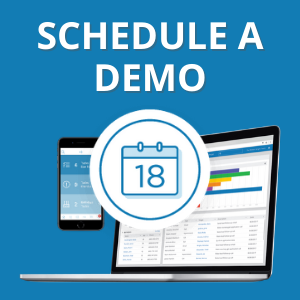