How Broker David Koch Grows His Business with Relationships

David Koch has the mortgage game figured out — even though he’s only been in the industry for a relatively short time. His strategy utilizes a high-touch referral system that has paid off well, so far. He realizes he could have easily gone down a few other career paths, but fate had other plans for him.

David Koch got "hooked" on mortgages

When Koch graduated from Illinois State University in 2013 as a music major, he planned to teach a school choir. His fear of career burnout led him to look for other opportunities, and after graduation, work with a campus ministry piqued his interest. He was following that path when fate intervened.

“Wouldn’t you know it, I met a girl, as is the story,” David says. “And I thought, she’s pretty neat. Well, this just completely ruined all my plans for going to do ministry.”

In the span of a few years, he’d gone from music to the ministry and then found himself engaged and living in his aunt’s basement. He took a job at the local credit union before moving into personal banking for a large regional bank. It was there he discovered his passion.

“There was something meaningful about equity loans,” he says. “This kind of loan is a family’s safety net after just having a kid. With equity loans, there was always a goal and something significant at the end and I got hooked on that!”

Then out of the blue, a former client called and asked if he wanted to work with him at his broker shop learning more about mortgages. He accepted and immersed himself in the business, first as a loan officer’s assistant, then as an LO. From that point on he hasn't looked back.

A farmer, not a hunter

Like anyone new to a career, Koch found himself swimming in the deep end when he started his career as an independent broker for Nexa Mortgage. Since then, he’s adapted and appreciates the entrepreneurial nature of his job. Despite his initial feeling of flying by the seat of his pants, he quickly figured out a system to grow his business.

“You have to make it up as you go. You have to build the plane as you’re flying it, which I’ve learned is how I’m wired,” he says.

For extra help and development, he turned to the coaching services of Buffini and Company.

“Their coaches taught me how to grow my database and how to cultivate that database, so I became a farmer rather than a hunter,” David says.

Rather than schmoozing realtors or dialing for dollars, he’s working his database of friends and family to produce a consistent stream of high quality leads for him. Aside from the occasional Internet lead, nearly 100% of his business is referral-based. This is why he considers himself a farmer who carefully cultivates his crops.

“All you’re doing is caring naturally for the people you know, like, and trust — and that like you,” he says.

A system for a system

David cultivates his "field" regularly — which means he reaches out to his contacts with about 80 touches a year. Yes, eighty.

That means, on average, each person in his database will get a personal note, call, newsletter, or text more than once a week.Does that sound like overkill to you? If so, consider that Koch will close about $16 million this year —It’s working for him.

Research supports his use of high touch, human interaction — 82% of consumers want more of it in the future as long as it’s supported by technology that is “seamless and unobtrusive across platforms.” This means using technology with purpose and not because it’s trendy or cutting edge.

Enter Whiteboard. The CRM automates two-thirds of Koch’s touches and lets him customize messaging to make it personal. Even though the remaining one-third are personal calls or notes (“where the money is made”), he uses Whiteboard as a system to remind him to make the call or write the note. All of this helps his business grow.

“To do mortgage origination, I need to free up as much bandwidth in my head to focus on things that only I can do. To be working on my business rather than in my business.”

David’s enthusiasm for helping his clients comes across visibly and it is easy to see why they're willing to recommend him to others — and why he’s been successful out of the gate.

When asked what advice he’d give to new LOs, Koch says — while wearing an “I love mortgages” t-shirt — people need to know that you love what you do, you’re good at it, and that you care. This equation, he says, helps you spring over all of the highest sales barriers.

“'Can you help me with my problem?' Yes. 'Do you actually care about me as an individual?' Yes. That’s a recipe for trust. And people need to know they can trust you,” David says.

Do you find yourself looking for something to help you manage your customer relations? Learn more about how finding the right CRM can help you grow your business by checking out our blog. 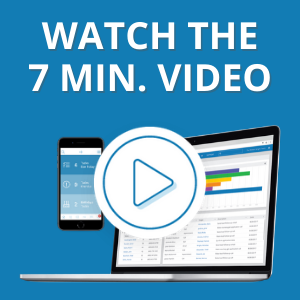