News, tips, and tricks for getting the most out of your mortgage CRM 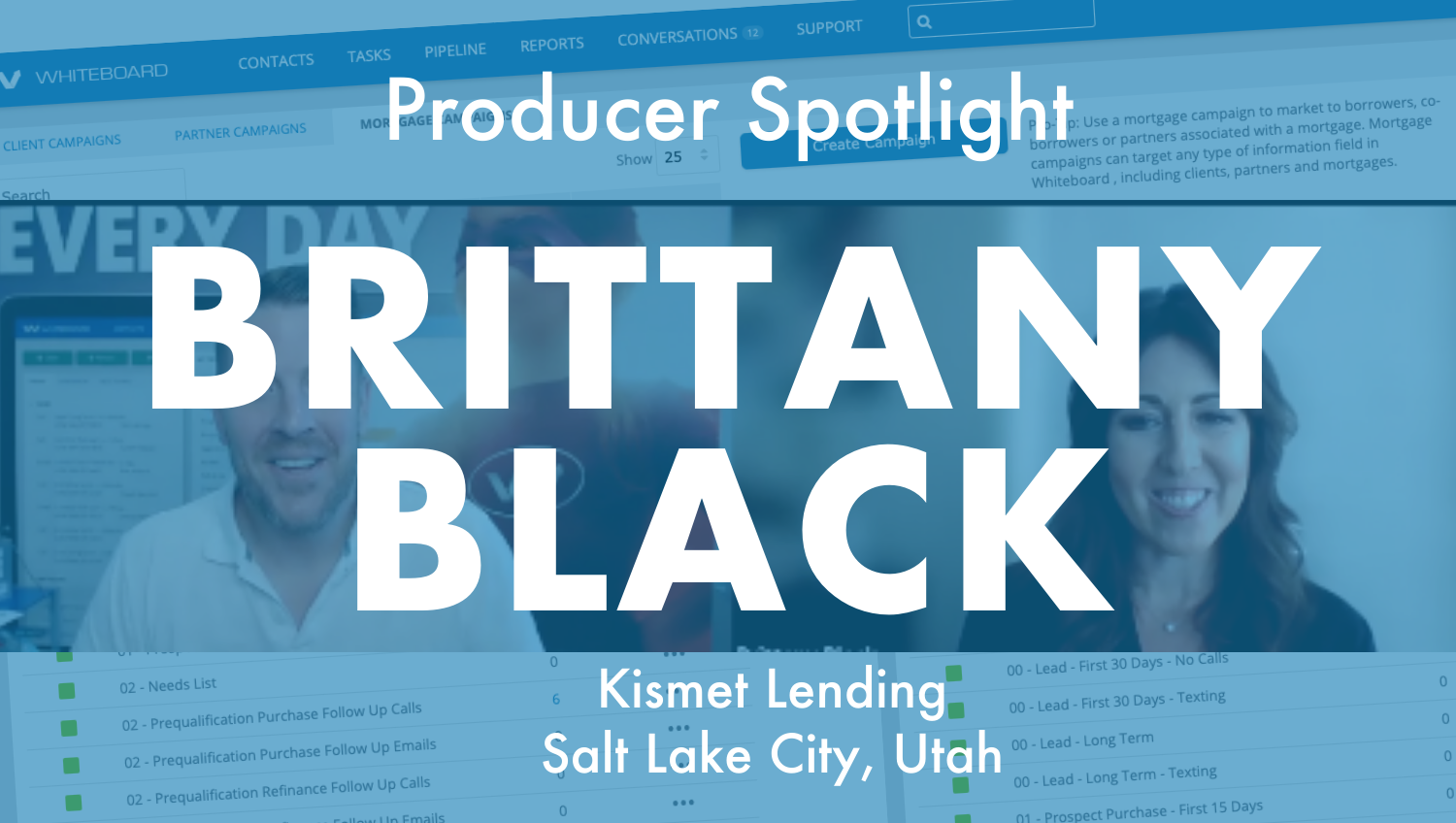 Her story might start out like one you’ve heard before, but by the end, we believe you’ll find this story to be one of a kind. Whiteboard CRM President Kevin Ducey sat down to chat with Brittany Black about how she got started working in the mortgage industry; continue reading to learn more about her exciting tale.

END_OF_DOCUMENT_TOKEN_TO_BE_REPLACED

I Purchased Whiteboard CRM, What Now?

Here at Whiteboard CRM, we know there’s no telling which stage of the CRM-buying process you’ll be in when you find this post. However, it’s likely that no matter which one it is, you want to know what your next steps are after you complete the purchase of a Whiteboard CRM subscription.

END_OF_DOCUMENT_TOKEN_TO_BE_REPLACED 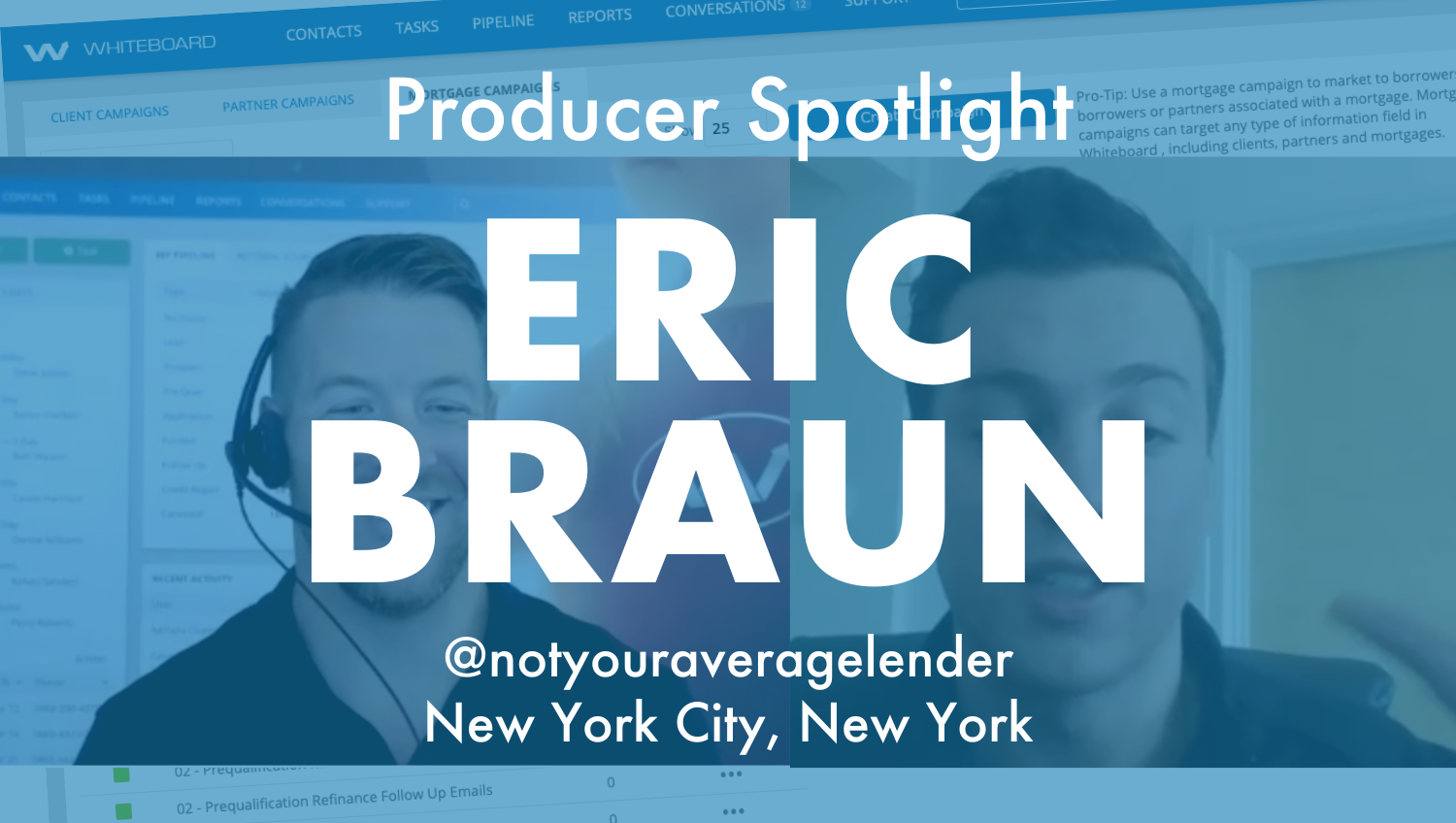 Like most 20-somethings, Eric Braun is a social media user; unlike most folks his age he’s used this platform to dramatically grow his business in an industry that was foreign to him not long ago. This year Braun is set to more than double his already impressive mortgage production with only four years in the industry under his belt.

END_OF_DOCUMENT_TOKEN_TO_BE_REPLACED

Tech Tip: Learn to Use the Whiteboard CRM Pipelines 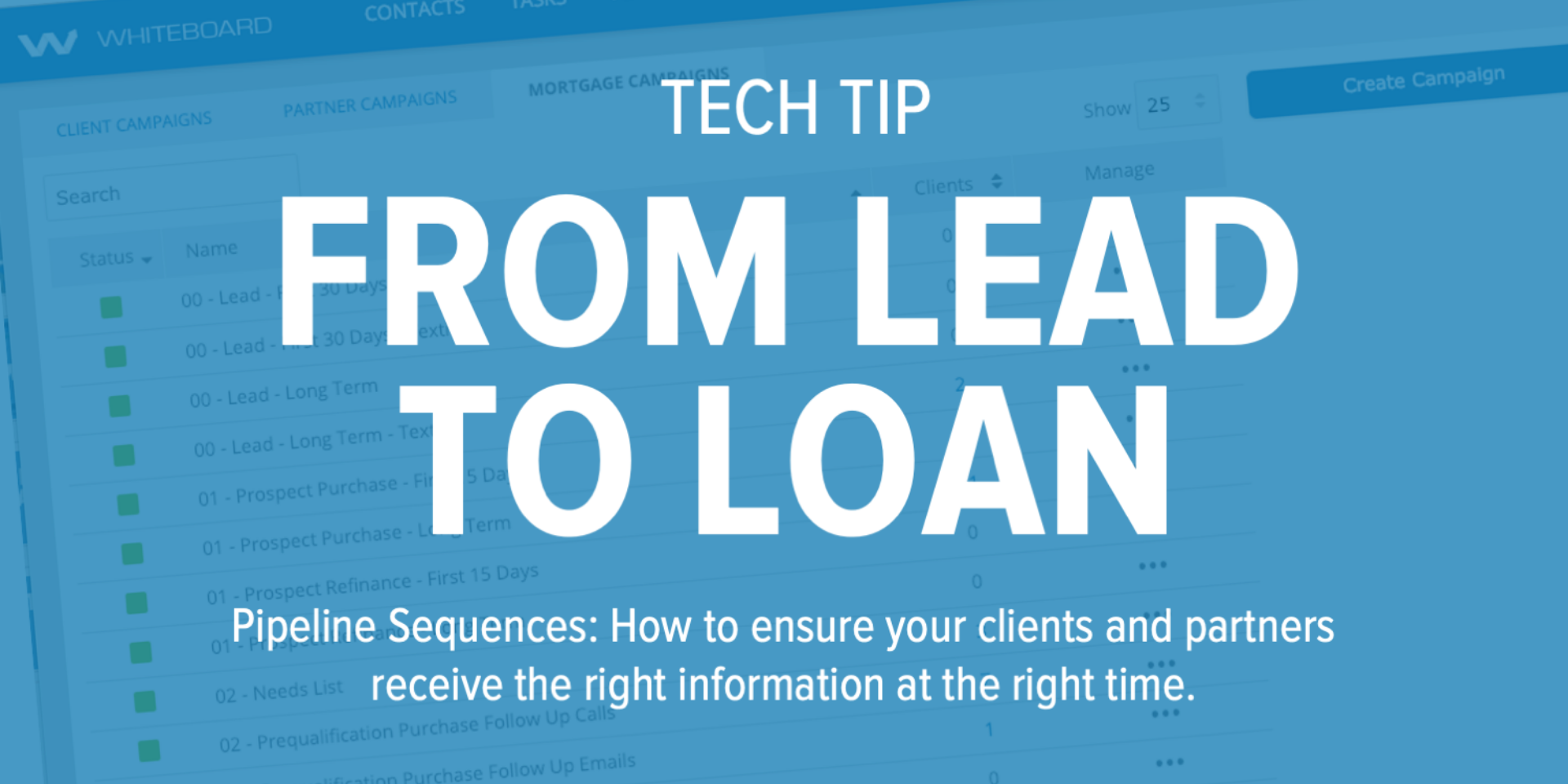 Did you know that each and every one of the pipeline sequences within Whiteboard CRM has a specific purpose and campaign specifically created to match their purpose? It's true.

Whiteboard CRM was born with the help of top producing LOs and mortgage brokers and each step in the pipeline process has been created to help our customers navigate their client and partner relationships with ease. That's why we created the videos you'll find below, so that anyone can easily learn more about the pipeline process.

END_OF_DOCUMENT_TOKEN_TO_BE_REPLACED

Jason Frazier usually laughs as he says he was born into the mortgage industry. It's true, but the story seems a little outrageous.

END_OF_DOCUMENT_TOKEN_TO_BE_REPLACED 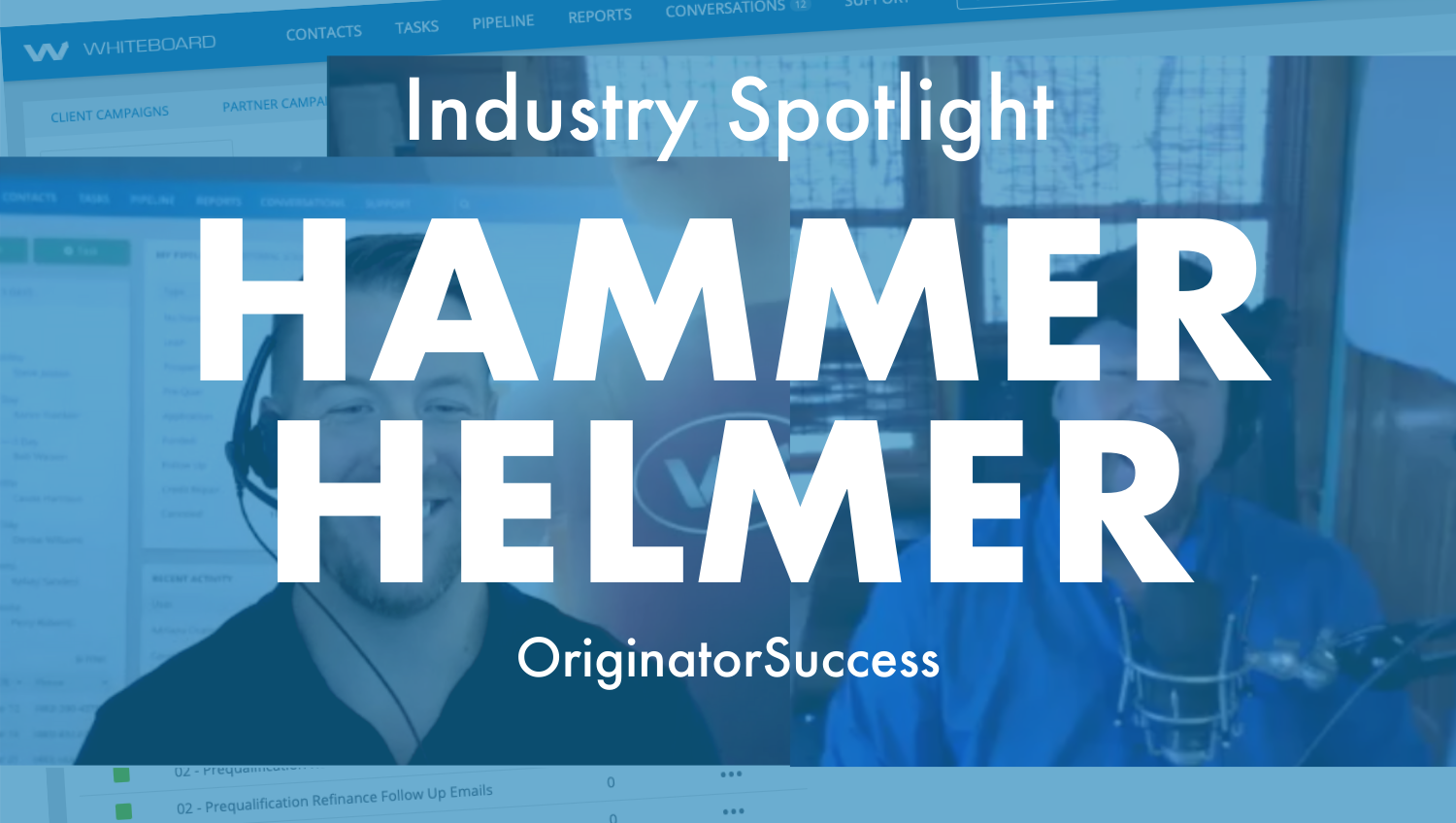 A career in sales doesn’t get any grittier than hustling Electrolux vacuum cleaners door-to-door. If you can succeed there, you can succeed anywhere. Hammer Helmer is a perfect example. He parlayed his vacuum experience to mortgage origination success and then to life as a mortgage executive before creating a company which helps originators succeed. That path—20 years in the making—is the culmination of his many successes and setbacks in the industry.

END_OF_DOCUMENT_TOKEN_TO_BE_REPLACED

Dana Dodd: The ABCs of Being a Successful Lender 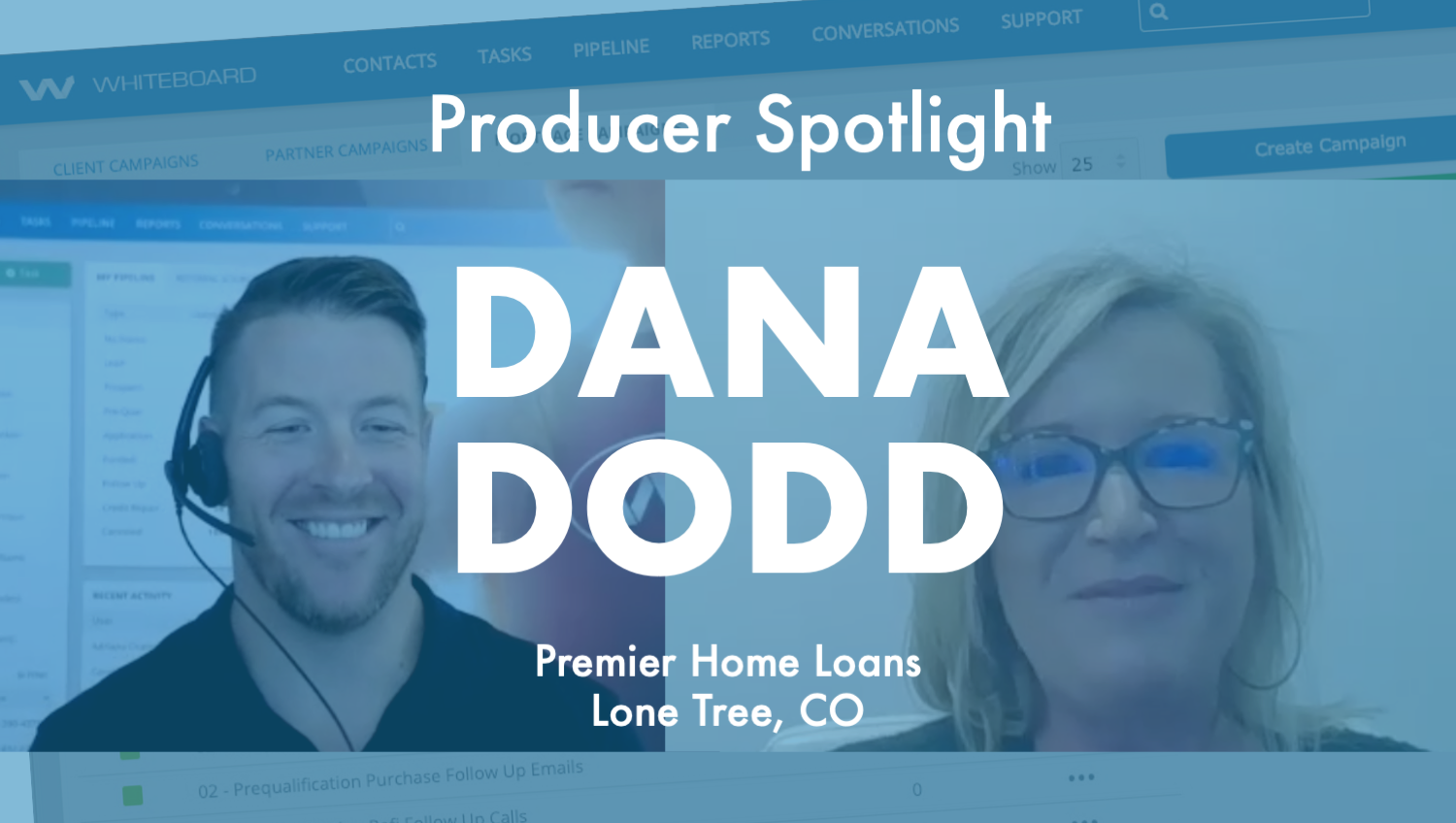 Mortgages are what Dana Dodd knows. As a senior at Colorado State University, she interned for a wholesaler as a part-time receptionist. After graduation, she continued worked her way through the wholesale ranks until she landed at Wachovia.

END_OF_DOCUMENT_TOKEN_TO_BE_REPLACED

Using Whiteboard CRM on the Go 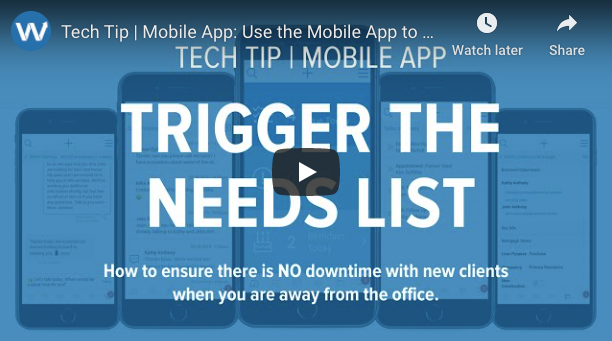 Can you imagine how it would feel to genuinely know you have more time available than your to-do list requires? Imagine knowing you haven’t left things off the list (because there’s no time to get to them), but that NOTHING needs your attention. We can’t. Who can?

END_OF_DOCUMENT_TOKEN_TO_BE_REPLACED 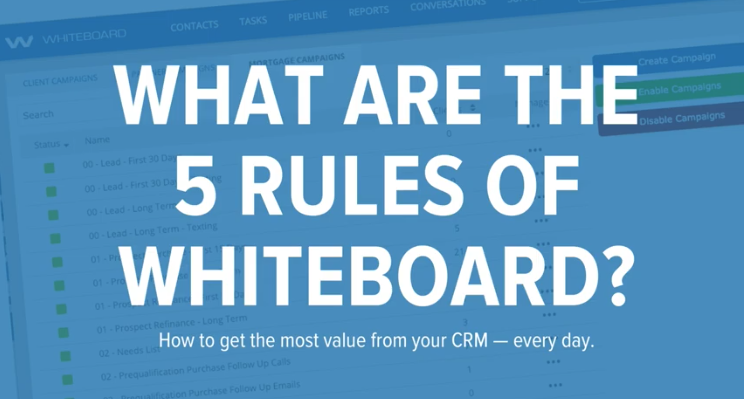 The definition of a habit is simple – it’s a behavior which starts as a choice before becoming an unconscious action. At Whiteboard, we know that the customers who habitually use their CRM each day, have the most success. The initial choice can be tricky to stick to, but before long it’s routine and you can’t imagine your day without it.

END_OF_DOCUMENT_TOKEN_TO_BE_REPLACED 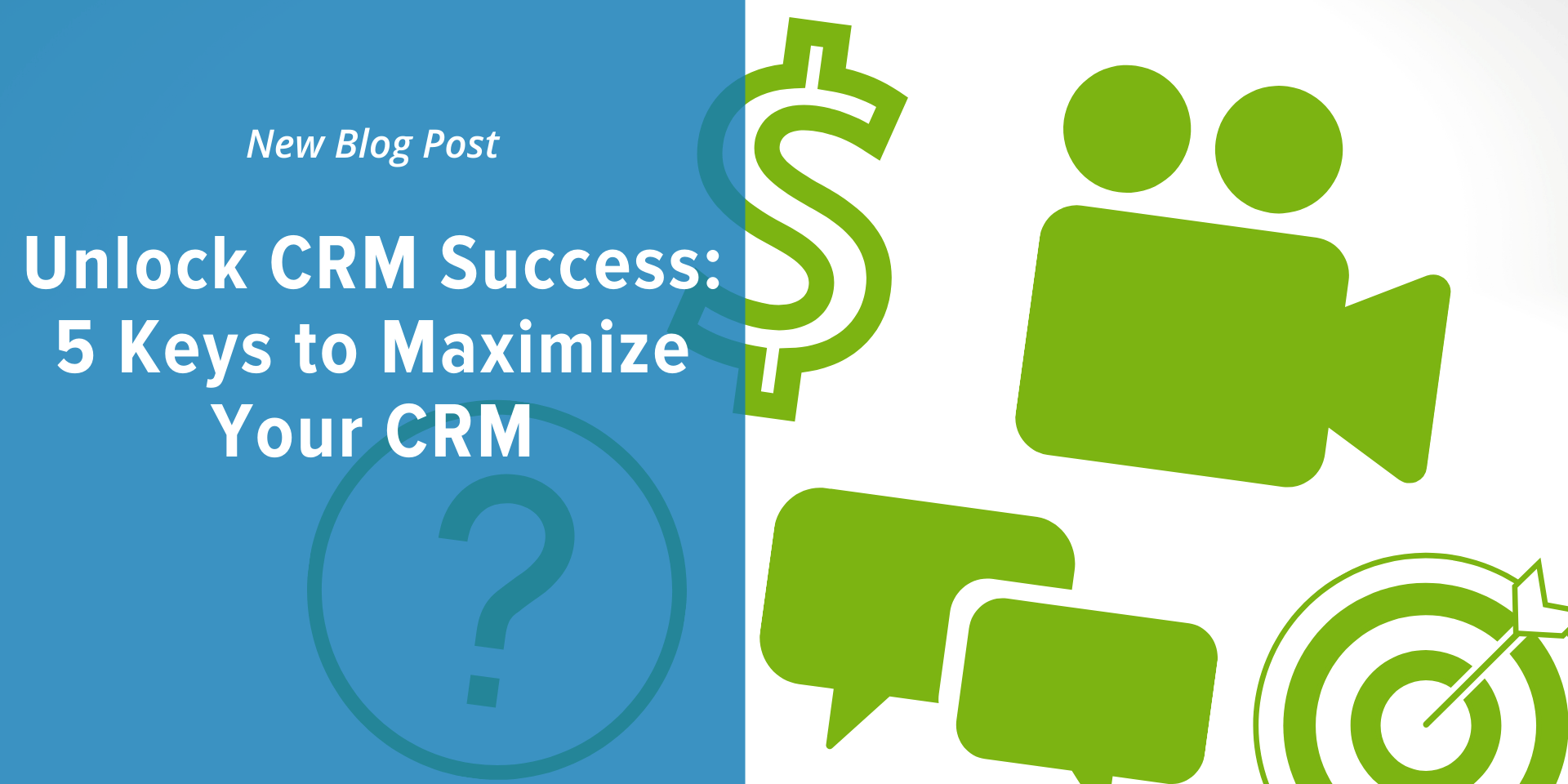 Matt Brown smelled an opportunity. Interest rates were among the lowest in years. Plus he had a CRM full of customers. How could he capitalize on this?

Turns out it was pretty easy.

With just three clicks in his CRM, Matt identified a list of 489 people based on their interest rate and date funded. From there, he created an automated text message targeting the list.

“We worked with you on your home loan. Have you considered refinancing to lower payments?”

Within the first day, eight people replied back with some variation of “I was just thinking about that. Let's talk!”

By the end of the week, Matt received 12 applications, all by sending one text from his CRM. One text, sent one time—that’s ROI.